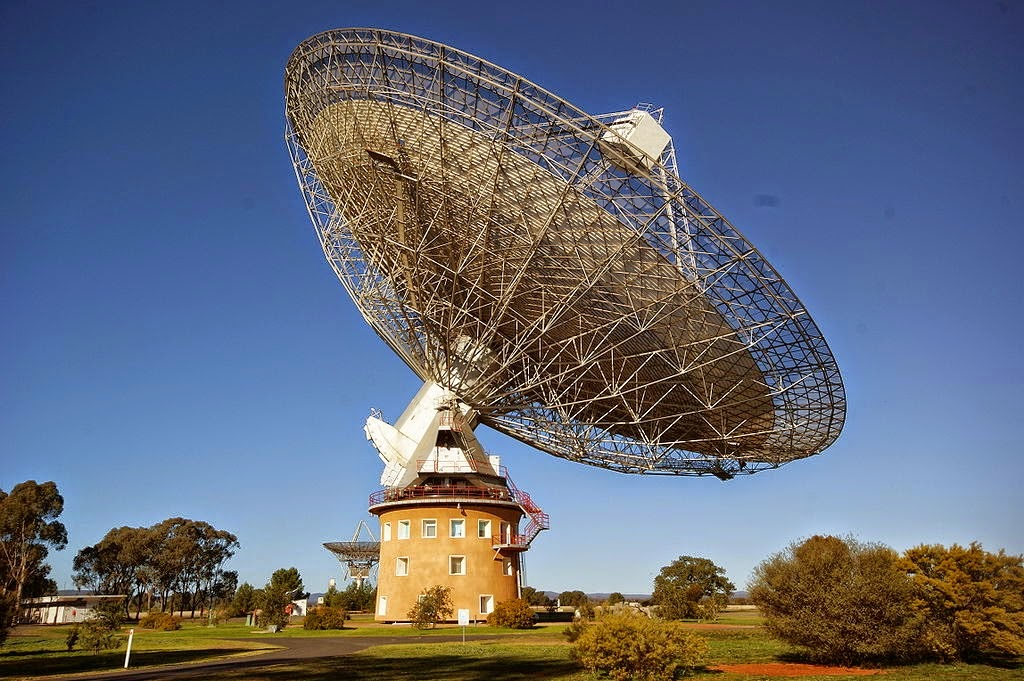 Keep Your Eyes On The Skies

Grazian-Archive Document : THE ORIGINS OF LANGUAGE IN HUMAN HOLOGENESIS*
by Alfred de Grazia

The theory of language origins has followed the theory of evolution according to the Darwinian mode. That is, like the human species and its culture, language is asserted to have come about gradually, bit by bit, as the human anatomy and human behavior have changed. It is not difficult to assign the many factors that constitute a fully communicating being among ten, a hundred, a thousand incidental changes, all summing up to the vocally, digitally, gesturally fluent person of today. Thereupon, an eternity of discussion will occur -- it has begun -- over the priority and ordering of these many elements as they may have entered as increments of the evolutionary process. I have cut short such an interminable discussion, at least theoretically, by carrying over my particular theory of change, which is called quantavolution, into the theory of language. The few minutes that are allowed to me here do not bode well for an introduction to a general theory, but I have the advantage of having published two books directly upon the subject of human development and human nature, and several other books as auxiliary support. I must, and therefore I may, be brusque in presenting the case for the quantavolutionary and hologenetic theory of language, and trust to your tolerance to allow this. Without asserting any number dogmatically, I may sketch the theory in eighteen theses concerning the origins of language, beginning with the momentous cosmic events that led to humanization and human communication.

1. Natural history and human history, physical and cultural, have been characterized and dominated by intensive, sudden, large scale events, initiated by exoterrestrial physical forces disturbing the elements of the solar system and Earth. This is not a "religious" theory; it is the dominant scientific theory from the beginnings of humanity to the middle of the 19th century, and is now being strongly urged upon us by the newest investigations in geology, astronomy, and archaeology.

2. Like practically all species change in natural history, humanization occurred as a quantavolution, in a single wrench of the central nervous system and brain, most probably incurred by an egg or a single hominoidal female and expressed in the offspring of the egg. I speculate that, whether or not such a mutation was the cause of humanization, the change was instant, holo-organic, and caused by a most extraordinary event, an individual catastrophe representing a general catastrophe, in the strict mathematical meaning of the word catastrophe.

3. The causes of the humanizing catastrophe were one or more of the following: mutation by radiation, a viral mutation, a change in a gaseous atmospheric constant, a change in the cosmic environment of the Earth, a gross electrical shock, and a psychic trauma from experiencing a general physical disaster. Here I shall prefer the theory of a genetic mutation, although the change of a constant as a theory has its advantages, too, particularly the disposition of all of a certain hominoid species to alter their behavior in the same way at the same time. Furthermore, it is easier to conceive of a host of accompanying and concomitant changes occurring under the influence of a changed constant than it is to conceive of so many changes occurring by virtue of a genetic change, given the present conventions of gene mutation. To escape this problem, I have had to advance the idea of every gene being potentially a leader of all other genes. Like Napoleon's army, where every soldier was said to carry a marshal's baton in his knapsack, every gene can be said to be a Leader Gene under the impulse of mutation. So that, when the gene alters, every other gene strives to accommodate to its demands within the limits of its potentiality.

4. The effect of the Human Quantavolution was physiologically "unimpressive" and "small," if one may use these unscientific words. I conceive it to have been the installation of a micro-second's additional delay between a sensory stimulus and previously established response, an instinct-delay, with a consequent resonance and diffusion of the stimulus in the brain. I appreciate that many physiological changes have been proposed and deftly argued by specialists, but it would seem to me that they are partial and inadequate, or cannot explain the general nature of humanization.

5. Out of instinct-delay sprang new self-awareness. Originally, this consisted of a full-blown schizophrenic condition, of a disintegrated identity with double-selves at least, and poly-selves as well. Self-awareness, like language, requires at least two people: one who is aware, and one of whom one is aware. The situation is unique to humankind. Time will not permit me here to discuss the interesting semblances and approaches to self-awareness and plural identities in animals.

6. Whereas pre-humans enjoyed as mammals the state of a single mind in a single body, the newly created human, housing at best two accommodating minds, was cast into a predicament of eternal, incurable fear; he had to go about the world trying to recollect and collect himself, himselves. He became perpetually anxious; this was his new species-specific nature. His general anatomy and physical development were little altered, unlike the changes of identity found in metamorphosis where the larva, pupa, and adult of the butterfly, for instance, achieve radically different identities serially in time.

7. This human is to be called homo sapiens schizotypicalis, not merely homo sapiens or the ironical homo sapiens sapiens, because his basic traits were and are schizoid, that is, tending to be terribly anxious, depersonalized, madly displacing, grasping desperately for control, animating nature, projecting gods, cannibalistic, obsessive, compulsive, self-hating, ambivalent and aversive to others of his kind, anhedonic, wildly symbolizing, and thoroughly deluded, not the least of whose delusions is the belief that he is sane, "sanity" itself being properly a working system of mutually supportive delusions.

8. Homo schizo (as he may be nicknamed) uses two general methods in seeking global control: force, which includes material indulgences and deprivations; and propaganda addressed to the self and others by communications in which language takes a large part but where even force may play a role.

9. Insofar as they are regarded as superior moral qualities absolutely distinct from the traits of other animals, reason and rationality are delusions. However, they should be understood pragmatically, as effective means of getting a little closer to the blissful state of the instinctual animal, from whose Garden of Eden Adam and Eve have been cast forth. (Apropos, many ancient religions of the world must be credited with proceeding along lines that there is something irretrievably wrong with human nature.)

10. The gestalt of creation, the process of humanization, introduces a hologenesis of culture, in that all uniquely human functions start up promptly and simultaneously, whether they be tool-making, religious conceptions, art, or language. Contrary to the theories of Darwin, Spencer, and many another who have believed in point-by-point gradual evolution of humankind and human culture, the two came about together. Granted their contributions to the de-dogmatizing of thought, to empirical procedures and to classification, not to mention their many discrete factual discoveries, the uniformitarianism of Lyell and the natural selectionism of Darwin have frustrated progress in a hundred fields of theory for over a hundred years, not the least of these being linguistics and, in the end, philosophy in general.

11. The human, in order to communicate with himself and others, who are his displacements of selves, his outer identities (as in the card games of Patience and Solitaire), invents and codes a language for instruction, comment and coordination, talking internally among himselves, whether silently or aloud, and talking to others. Language is the prime instrument used to try to solve the human ego problem. That "speech is an expression of thought" has often been said in order to explain the origins of language in the brain and motor system, but, to homo schizo theory, speech is thought, as waves and particles are interchangeable in quantum physics. Speech is internal dialogue projected and translated so far as needed to communicate with others.

12. Since the origin of language is internally and publicly compulsive, there are discoverable genetic or at least logically inevitable linguistic practices and mechanisms such as grammatical forms, or linguistic tie-ins with gestures, common to all language.

13. Although speaking variant languages for a dozen reasons, different cultures use a number of different conventions for extruding the internal language of their members into their public language, resulting in a need to uncover and discover implied and unexpressed thoughts and meanings when comparing what they are supposedly saying.

14. No two people have ever spoken the same language, that is, spoken exactly alike, nor could they, nor would they, but every social system and group obsessively tries to make every one of its members speak exactly alike, and when dividing itself into sub-groups, exactly different as deemed appropriate to the sub-group.

15. As is consonant with the quantavolutionary homo schizo hologenetic gestalt theory, the human communicated and communicates still via any and all organs and bodily systems, consciously and unconsciously, and often speaks through the manipulation of his dress and human and material environment. The present "official" American Sign Language is a true language, for example. An encyclopedia of language is suggested, with attention to such entries as the language of sweat and tears, body language, speech velocity, systematic irony, and sociological etymology. After all is said and done by way of philosophy and research, it may eventuate that linguistics in its old formal mode will remain as a minor part of the study of language, as formal constitutional law, from being almost the whole of it, has become only a small part of political science.

16. A search for the first humans is also a search for the first language and vice-versa. Furthermore, the time involved between their origin and the present may be incredibly less than is presently assigned, a few thousands rather than several million years. Such a microchronology may follow from the massive concentration of changes accompanying an essentially simple quantavolution, the micro-second instinct-delay.

17. If all languages can, by research methods still to be devised, be shown to regress to a unique ecumenical origin, then a one-time, one-place humanization is strongly implied. If at the same time humanization can be shown, by such arguments as I have advanced here and elsewhere, to have been a one-time, one-place event, then all languages would have arisen from a singular origin.

18. A chimpanzee cannot speak because he has no one to whom to speak (no internal alter ego) and therefore no compulsive will to speak. A human can speak because he will, he wants to, he must, speak. According to conventional evolutionary theory, a ladder of innovations is devised to accommodate a series of supposed incremental physical and cultural changes precedent to and subsequent to the ultimate psycho-physical necessity of speech. But humans as such would always have communicated in human terms, no matter what their posture, their social habits and diet, or the way their tongues wagged, or the elevation of their larynx, or the size of their brain-case -- all within limits, of course. Once they had to get their heads together, their internal heads and collective heads, they were compelled to communicate like mad. And, being megalomanic and delusionary optimists, they invented free will and congratulated themselves upon being able to speak whenever they felt like it. In this radical, simple, and ironic sense, it becomes literally true that the first of our ancestors spoke because they felt like speaking.

You can search my Library at Library Thing, or at this URL: https://www.librarycat.org/lib/JaeKamel and browse the Library here: http://www.librarything.com/catalog/JaeKamel/yourlibrary